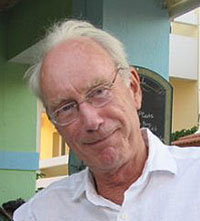 Dr. Soles co-directs the Mochlos Excavation Project, which involves the cleaning and excavation of a number of related sites on the island of Mochlos and its adjacent coastal plain, located just east of the Bay of Mirabello in eastern Crete.  The project began in the summer of 1989, and the 2012 campaign hopes to complete the excavation of the House of the Lady with the Ivory Pyxis, which was found in the closing days of the 2010 excavation.