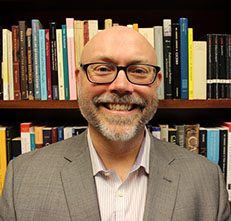 I am, first and foremost, a scholar of Cicero, though I have wide-ranging interests in Roman history and literature. I am most engaged with Cicero’s political theory and philosophy, especially how he portrays the breakdown of the Roman constitution and the transition from republic to empire. I’m also quite interested in the performance of power dynamics in the Late Republic. I’m currently working on several projects generally themed around leadership, including articles on Cicero’s lictors, old age as both boon and burden, and the concept of privatum consilium as a hallmark of effective leadership. I am also becoming more interested in ecological questions, particularly forest husbandry and wildfire control in Roman Italy, and enjoy mining Horace’s Odes and Epodes for evidence of his relationship with imperial power. When I’m not writing or teaching, I participate in Roman military reenacting events with Legio VI and Legio XIIII, two of the quickly growing number of Roman reenacting groups in the United States.