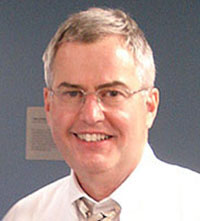 Dr. Parker’s main research interests fall within the area of Latin poetry, especially that of the Silver Age.  He is particularly interested in the Roman poet Martial and in Latin poetry dealing with Greek mythological themes.  He is currently working on an article that tries to resolve a manuscript problem in one of Martial’s epigrams and on another about several minor mythological characters in the Argonautica of Valerius Flaccus.  Other interests include medieval Latin literature (particularly secular literature during the 12th century Renaissance) and Roman religion.