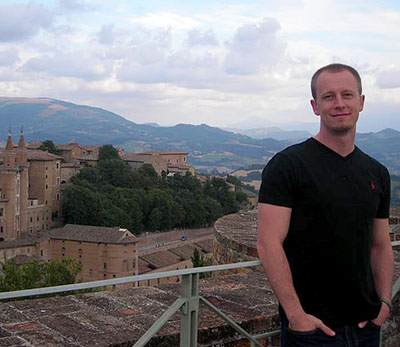 Jessie was inducted into the Phi Beta Kappa Society and graduated from UNCG with his initial licensure in Latin in the spring of 2013. Thanks to the connections he made through the Classics faculty and his passion for the Classics, he secured multiple interviews for teaching positions in Guilford and Winston-Salem/Forsyth County Schools. Within just a month of graduation, he had already decided upon a full-time position in WSF County. Confronted with the challenges of a first year teacher and working at a Title I school, he managed to overcome many of the obstacles and even applied for and won CAMWS’ B.I.G. for an innovative project which promotes the study of Classics through the use of technology. In March of 2014, he was invited by the North Carolina Classical Association to give a talk about this very project and is currently working on a forthcoming article which will detail the applications and findings. With the first year of teaching complete, Jessie has grown his Latin program by over 20% and is slated to continue this positive trend of growth in the years to come.